Quote: "Oasis will come back at some point... If they get back together it will be for a mega-bucks tour." Former Oasis manager Alan Mcgee is convinced Liam and Noel Gallagher will eventually settle their differences and reunite the band, which split after the brothers fell out in 2009.

Quote: "There was this amazing young version of Paul Weller sat there in a light blue Adidas tracksuit. I assumed he was the drug dealer and that Bonehead, the guitarist, was the singer. It was only when they went on stage I realised it was the lead singer Liam Gallagher. I knew I had to sign them." Music boss Alan Mcgee on his first encounter with Oasis frontman Gallagher at Glasgow, Scotland's King Tut's Wah Wah Hut venue in 1993.

Fact: Music mogul Alan Mcgee is calling on producers to cast Welsh star Rhys Ifans as himself in a new movie about Creation Records, the British label behind Oasis and Primal Scream.

Quote: "I wish I had signed The Stone Roses. I don't know how I missed them. We were on a roll at that point. We get every good one." Former CREATION RECORDS boss Alan Mcgee regrets missing out on a deal with the cult British band.

Quote: "I think they will make up. It might be a few years but they will. I'm pretty sure. I mean, they're brothers." Creation Records boss Alan Mcgee, who signed Oasis to the label, is adamant feuding siblings LIAM and Noel Gallagher will eventually patch up their tumultuous relationship . 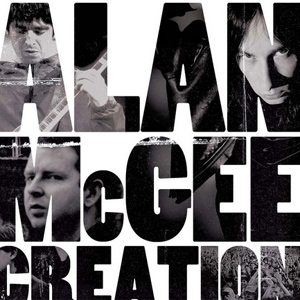