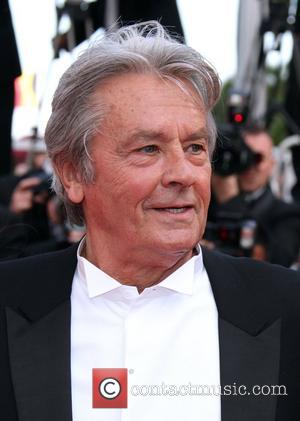 Veteran French star Alain Delon is recovering after undergoing surgery on Wednesday (04Apr12).
The 76-year-old actor has assured fans he is in good health following a minor operation to treat an irregular heartbeat in a Paris hospital.
He tells Le Parisien, "I was operated on two hours ago. It was planned. Two weeks ago I had dizzy spells and nausea. They tried to get my heart back in place.
"I had a scan. I was given the all clear on the neurological level, but they found an irregular heartbeat."