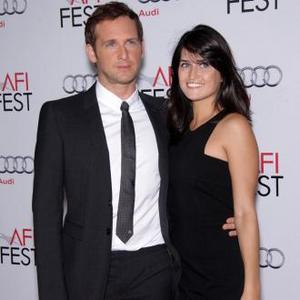 The 40-year-old actor - who has previously been linked to actresses Rachel McAdams and Salma Hayek - tied the knot with long-term partner Jessica on Friday (16.03.12).

His representative confirmed the happy news to website TooFab.com although no other details about the ceremony were revealed.

Josh announced their engagement in January after he had proposed following a frightening experience with a mountain lion while shooting a movie in Big Sur, California.

Talking about their time there together, the 'J. Edgar' star said: ''As the week went on, the movie started shooting later and later and, on a Thursday night, we ended up getting home at around 3 o'clock in the morning.

''So my girlfriend at the time and I, luckily we both had flashlights, so we began the 20-minute hike up the hill. It was black - pitch black. So we get to the top and we get into that lovely little trailer and immediately she starts hyperventilating and just can't even breathe. And I'm like, 'Baby, what's wrong?' and she's like, 'I'm so scared, the most scared I've ever been in my life because I know that we are about to be attacked by a mountain lion.' And I'm like, 'Honey, this is Big Sur, there are no mountain lions.''

''That night, I then go home at 4 o'clock in the morning and realise I don't have a flashlight. And as I'm going up, I get to the point where I realise I can see nothing...I hear, totally serious, two big breaths, and six feet above me, I see the very slight glint of the eyes of a huge [mountain lion] and I literally proceed to do what I had just read in the instructions. And I started screaming and yelling and literally being as crazy as I could be, it padded off and just slowly went away and I worked my way into the trailer and I got in and I decided at that moment that this woman was the woman for me.''

Alabama - I'm In A Hurry (And Don't Know Why) Video

Alabama - Angels Among Us Video

Alabama She And I Video