The Alabama outfit (as you'd guess by their name) are celebrating their first Number One record this week after 'Sound & Color' beat all other records.

Rock group Alabama Shakes scored their first Number One album in America with their second effort Sound & Color, according to Nielsen SoundScan.

In quite a low-selling week, the rockers sold 96,000 copies of their sophomore effort to reach the top spot in the Billboard 200 chart. The reformed system counts track equivalent sales and streaming equivalent sales, though some 91,000 of Sound & Color’s sales total came from traditional physical sales.

Alabama Shakes’ debut album Boys & Girls won the group a lot of plaudits upon its release in 2012 for its classic rock sound. It peaked at Number 6 in the American charts, nearly a year after its release, due to its three Grammy nominations in 2013. 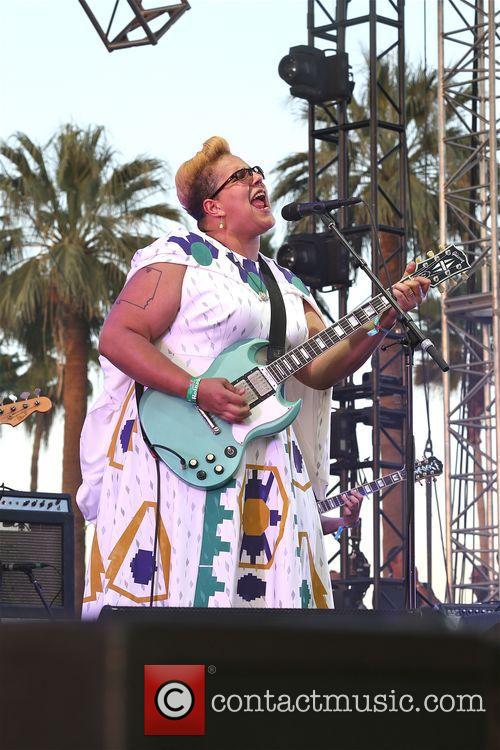 The article on the Billboard website notes that Sound & Color is the first independently-distributed album to top the American charts since Jason Aldean’s Old Boots, New Dirt back in October 2014.

Shawn Mendes, who topped last week’s chart with Handwritten, takes a big fall to Number 17 with sales down 83% on last week. The runner-up spot is held for a third consecutive week by the soundtrack to Furious 7, with 62,000 units sold.

The only other new entry in the Top Ten is at Number 3 by rapper Yelawolf. His third album Love Story sold 58,000 copies. Drake climbs six places to Number 4 with his mixtape-album If You’re Reading This It’s Too Late with 48,000 sales, a figure powered by the conventional physical release of his album on April 21st. Previously, it was only available as a download.

The Fifty Shades of Grey soundtrack climbs a place to Number 5 (38,000 sales), as does Taylor Swift’s 1989 to Number 6 (36,000 sales). Sam Smith, who yesterday was forced to cancel his Australian tour because of a vocal cord haemorrhage, also jumps up a spot to Number 7 with In The Lonely Hour (36,000).

Ed Sheeran’s X is at Number 8 with 32,000 units. Country music star Sam Hunt climbs into the Top Ten for the first time with his album Montevallo, at Number 9, benefitting from a performance on the Academy of Country Music Awards earlier this month. Meghan Trainor’s Title rounds out the Top Ten.