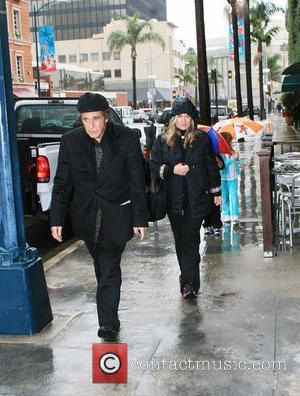 Al Pacino has revealed pop queen Madonna once performed a sexy private dance for him, during which she opened her coat to expose her completely nude body. The pair first met when they co-starred in 1990 movie DICK TRACY, while Madonna was dating screen idol Warren Beatty. But although Pacino is tight-lipped as to when this cheeky incident occurred, he insists he will never forget the time the MATERIAL GIRL secretly writhed in front of him in all her naked glory. He says, "It's private information. She was doing a dance and she was naked under her coat. "Over the course of the dance, she became inspired and opened her coat, and there she was. "She has an extraordinarily beautiful body, like cut out of ivory. "One day, when I'm old and I'm wheeled out on my porch wrapped in a blanket, if I have a beatific smile on my face, I'll probably be thinking of that."