Al Pacino Wakes Up And Smells The Coffee 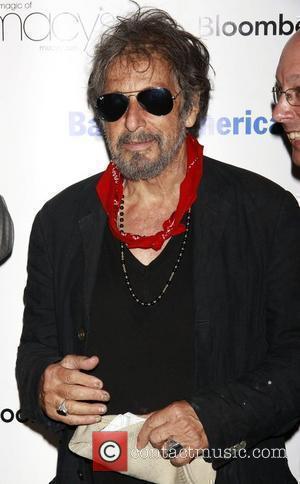 Picture: Al Pacino After party for the opening night of 'The Merchant of Venice' at Shakespeare in the Park, held at Delacorte Theater. New York City,...

Hollywood legend and Oscar-award winning actor Al Pacino has agreed to feature in a TV commercial for the first time in his illustrious career. The 70 year old actor is promoting Australian company Vittoria Coffee in a slickly shot advert directed by the ACADEMY AWARD winning Barry Levinson better known for films such as Good Morning Vietnam, Wag the Dog and Sleepers. The ad shot in New York is centred around Pacino as he talks about the importance of coffee. During the advert he states 'without coffee I am going to feel like something is missing in my day, I'm going to feel awkward, I'm not going to feel the same' and 'most of my scripts have coffee stains on them, that's how you know it's a Pacino script."
The Ridley Scott owned production company RSA were responsible for filming the ad and Vittoria also enrolled the help of Celebrity photographer Brigitte Lacombe to take stills for the print advertising she has previously shot the likes of Barack Obama, the Dalai Lama and Bob Dylan.
Les Shirato the CEO of Vittoria Coffee goes on to say "We're incredibly proud and honoured that Al Pacino has agreed to star in a commercial for Vittoria. What's even more incredible is this is the first time the star of Godfather, Scent of a Woman and Scarface has agreed to endorse a product."