Al Pacino turned to alcohol to cope with fame

Al Pacino says he hit the bottle at the start of his career because he felt like he had no support system to help him cope with his success and fame. 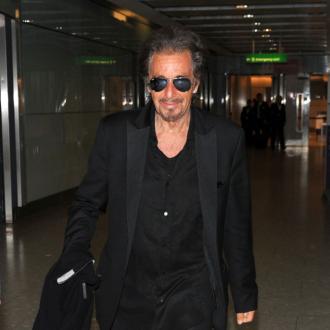 Al Pacino says he started drinking when he first became famous because he had no family support.

The 73-year-old actor was devastated when his mother Rose passed away when he was just 22, at around the same time as his grandfather, so when his career took off after he starred in acclaimed Mafia movie 'The Godfather' he turned to alcohol to cope because he had no one to look out for him.

In an interview with The Sun newspaper, he said: ''I home people at a young age have a support system in their life that enables them to deal with fame. But I did not have that kind of equipment.

''I started drinking more and more. At first, it was part of the territory - part of the acting culture. There's a pattern in drinking. It can lead to other things, like a downward spiral. I joined Alcoholics Anonymous for a while.''

Pacino regrets that his mother never got to see how successful he has become, especially since she used to remind him acting was ''for rich people'' when he was growing up.

He said: ''By the time I was 11 or 12, the neighbourhood kids started calling me The Actor. I would pretend to sign autographs with the name Sony Scott...

''If my mother came back now I'd have to sit her down and put a cold towel on her forehead because she would be so shocked at what has happened to me.''