Al Pacino To Make A Return To The Stage

He'll work with Pulitzer Prize-winning playwright David Mamet on a two-person play that will open in late 2015.

Acting legend Al Pacino is set to return to Broadway this time next year. The 74 year old will star in a new play by David Mamet called ‘China Doll’, and it represents a reunion of the pair after they worked on the 2012 revival of Mamet’s ‘Glengarry Glen Ross’ and further back in 1983 on ‘American Buffalo’. 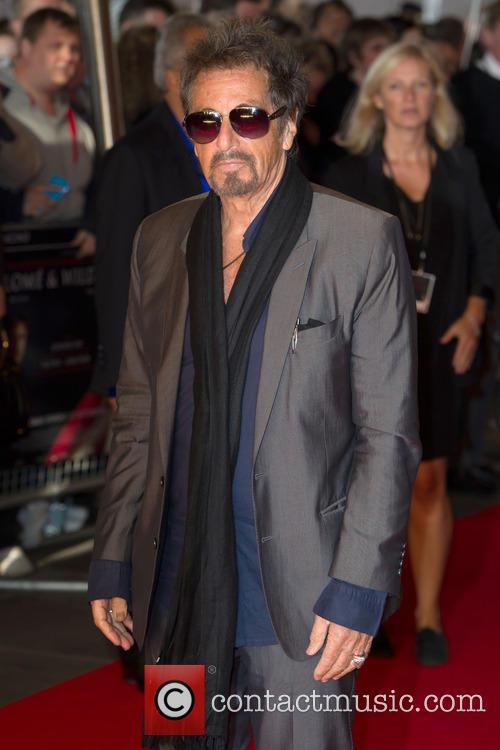 The three main producers (Jeffrey Richards, Jerry Frankel and Steve Traxler) announced ‘China Doll’ on Friday and named Pam MacKinnon, who won a Tony Award last year for her work on ‘Who’s Afraid of Virginia Woolf?’, as director. No dates or venues have yet been confirmed, however.

Mamet is quoted in saying in his press release: "I wrote it for Al. It is better than oral sex.” Blunt and profane – bravo. In ‘China Doll’, Pacino apparently will play a billionaire about to go into semi-retirement yet is having an unusually busy last day at the office. It’s a two-person play, and the other character is his assistant.

More: If you watch movies on your smartphone, Al Pacino hates you. Apparently.

In his own statement, Pacino said “it’s a special gift to originate a role in the theatre, especially written by such a formidable writer and I haven’t done that in a long, long time.” He also called his character “one of the most daunting and challenging roles I’ve been given to explore onstage.”

The last two-person play that Mamet launched, however, flopped at the box office – 2012’s ‘The Anarchist’. However, he’s found significant success in the past, winning Pulitzer Prizes and Tony nominations for ‘Glengarry Glen Ross’ (1984) and ‘Speed-The-Plow’ (1988). As a screenwriter, he received Oscar nominations in 1982 for The Verdict and 1997 for Wag The Dog.

Pacino’s list of achievements and plaudits, however, could be the subject of a small library. We won’t go into them here, suffice to say that he’s generally regarded as one of the greatest actors of all time.