Al Pacino Left With A Stoop After Playing Phil Spector 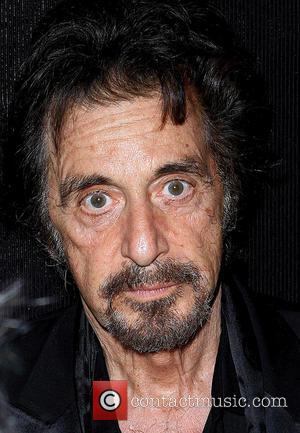 Hollywood legend Al Pacino was left with a stoop after spending months hunched over to play incarcerated music mogul Phil Spector in a new Tv movie.

The Godfather star went to great lengths to adopt the shamed producer's physical mannerisms to play the title role in Phil Spector, a Tv film for American network HBO.

Pacino admits he spent so long walking with a stoop, he struggled to stand up straight again after filming came to an end.

He tells the New York Post, "This role was tough for me. I sweated through it. I worked so hard to get his stooped walk that I had trouble learning how to walk straight up afterward."

In Phil Spector, Pacino stars opposite Dame Helen Mirren, who plays the music star's attorney Linda Kenney Baden during his first trial in 2007.

A subsequent retrial ended with Spector being found guilty of murdering actress Lana Clarkson at his home in Alhambra, California in 2003. He was sentenced to 19 years to life behind bars.