Al Pacino could potentially appear in 'Guardians of the Galaxy 2'.

Al Pacino has revealed that he has met with Marvel head honcho Kevin Feige about a potential project. Though the meetings don't appear to have amounted to much yet, Pacino thinks Feige has something on his mind. 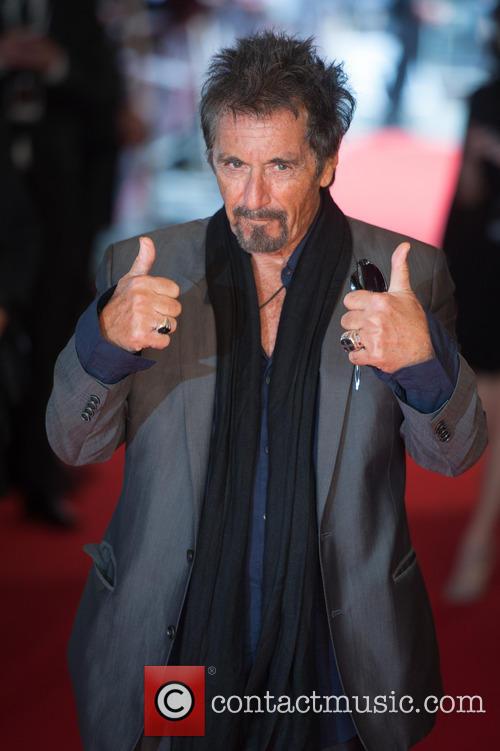 In an interview on the Happy Sad Confused podcast, Pacino confirmed the meeting with Feige, joking, "It's a Marvel how these things happen," he joked.

"I would imagine either there's something he feels is right for me, or." Pacino said, before being interrupted by a phone call and not returning to the subject.

The Oscar-winner also recalled seeing Guardians of the Galaxy for the first time, saying he had expected to go into the movie theater and shut off his brain for a couple of hours while his kids enjoyed the film.

"But with this movie, I was taken up," he said. "It was inventive, funny, strong in sound and music, the production of it, the ingenuity of it. I was really impressed."

Previous, Guardians director James Gunn had told comicbook.com about his interest in working with Pacino in Guardians of the Galaxy 2.

"Yeah, for sure. I'm a huge, huge Al Pacino fan and I would love to find a way to work with him, whether it was in a Guardians movie or something else," he said, "The truth is that the next Guardians film, I've had so much of it worked out for a long time that I'm not sure there is a role to write there for Al Pacino, or for anybody else in particular. But yeah, of course, I always have those guys who I admire and I look up to and I'm always excited to write a role for them."