Al Pacino Flattered To Be A Role Model

Al Pacino admits to being ''flattered'' others may think of him as a role model, but says he still learns from his young contemporaries as they do from him. 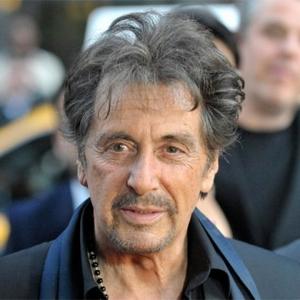 Al Pacino is "flattered" he is a role model to young actors.

The 70-year-old actor - famed for roles in classic movies including 'The Godfather' and 'Dick Tracy' - confesses he is pleased to hear he is an inspiration to others, but still doesn't consider himself a legend.

He said: "I'm very flattered to hear that, that compliment.

"I don't think of myself as anything but an actor struggling to find the next role and when I do get the role to try and see if I can find any way into it."

The US-born star also admits he has little in the way of advice to give to younger stars, but believes hard work and dedication will help people make it in the tough business.

He told Total Film: "With young actors I learn from them, just as hopefully I always will. If I were to advise them in some way I would say this is a craft that you just have to keep doing.

"Do it whenever you can and you shouldn't spend too much time dealing with the fact that there's a world out there with a lot of competition.