Al Pacino Feels "Spared" And "Lucky" To Have Avoided Depression

The Hollywood legend opened up about mental illness after playing the lead characters in 'The Humbling' and 'Manglehorn' who suffer from depression.

Al Pacino reminds everyone why he is one of the greatest actors of all-time after starring in two very powerful dramas, 'The Humbling' and 'Manglehorn,' which both are currently being screened at the Venice Film Festival to rave reviews. The 74 year-old star plays very similar roles in each flick, each of his characters are men dealing with depression and have suicidal tendencies who are unable to move on with their lives. After tackling such emotional projects, Pacino feels he may have also suffered from depression.

"How does it go? You say I'm depressed? Life is sort of like all over us," he continued. "Things make you sad. Basically you'd like to be a little happier sometimes. But 'depressed' seems so ominous. It's really in all of us. We all relate to it."

"I probably have been, and I'm glad that I don't know about it, but now that you mention it maybe I'll give it some thought and be depressed," Pacino added. "People go into depressions and it's very sad and it's terrifying. I've had bouts with that, that comes close to that, but nothing that deep. I feel spared and I'm lucky." 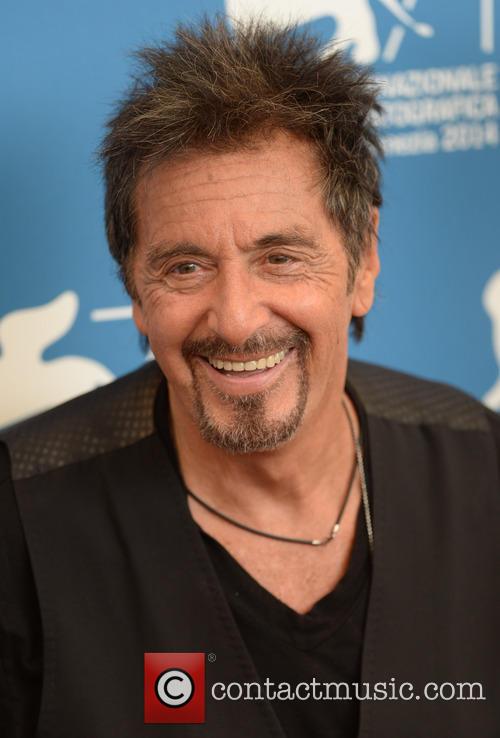 Pacino at the Venice Film Festival on Saturday (Aug 30th)

The Oscar-winning actor then said he may have been able to avoid depression due to how happy hos children make him.

"I have three children," he said. "That's been a real source of enlightenment for me, plus the friends I've had, the people I've met over the years, the relationships I've had. All of it has contributed to an amazing, shocking journey I've had so far. I feel as though I'm doing OK."