'The Godfather' star is a big fan of the Hollywood star.

He might be famous for being an Oscar winning gangster actor, but Al Pacino takes on a role a little out of his comfort zone with 'Danny Collins'; a biographical movie about an up and coming musician inspired by John Lennon, who later receives a letter from his hero some 40 years after it was actually written. 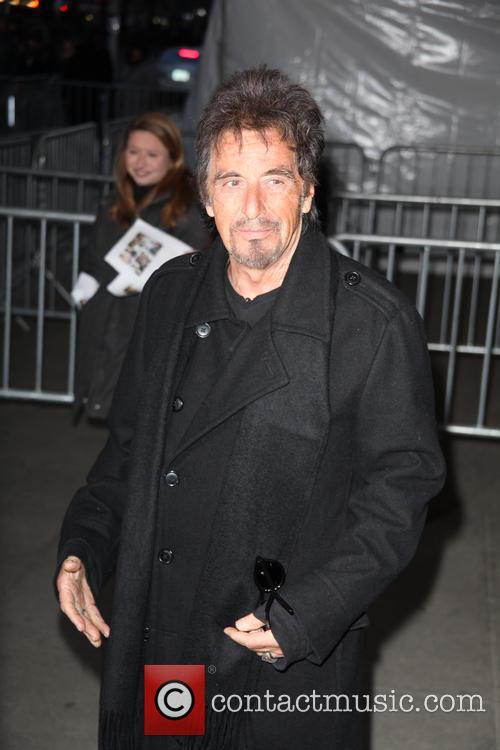 Pacino has already confessed to having reservations about the eponymous part because it involves singing, but there was definitely certain attractions in the character's personality that gripped him nonetheless; mainly the fact that the script reminded him of the kind of movie that one of his favourite actors Tom Hanks would get involved with.

'I like the idea that Danny was someone who was a bit fragile in a way', he reveals. 'Tom Hanks, who I'm a big fan of, I think he's a great actor - I've written him fan mail - I thought this is an opportunity for me to play my first Tom Hanks role. It's inspiring, it inspired me.'

'I found this character of someone who is generally just innately good, there's a goodness about this guy which was fun for me to play', he continues. 'To try to find that in myself - it's a long journey but it's fun to do because it's a good feeling and it teaches you a little bit about yourself.'

He admits that, while playing the role was fun, his confidence was sometimes lacking. However, remembering that he was personally selected by director Dan Fogelman to play Danny helped somewhat - especially when he remembered that a similar situation happened with Francis Ford Coppola for 'The Godfather'.

'When a director really wants you to play this part, you have to say, 'Okay already, alright, I'll do it!' I did that with 'The Godfather', believe it or not', he explains. 'Francis wanted me to play Michael Corleone. I didn't know what he saw in me as Michael Corleone but he was so adamant.'