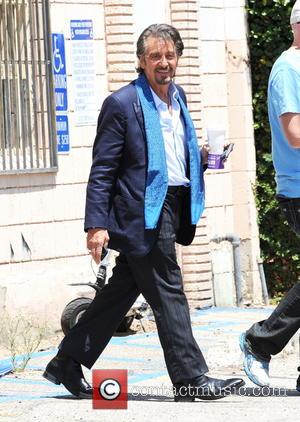 Al Pacino is channelling the spirit of his late father for his role as a salesman in the Broadway version of Glengarry Glen Ross.

The actor put in some intense sessions to get into the part of downtrodden sales rep Shelley Levene, and he slowly realised he was using the memory of his father Sal, who died in 2005, as inspiration.

He tells Smithsonian magazine, "I was trying to channel this character and... I felt as though he was a dancer. So sometimes I'd start dancing. But then I realised, guess what, I just realised this today! My father was a dancer and he was a salesman. So I was channelling my old man."