Folky acoustic singer-songwriters walk a narrow path at the best of times between being much too twee and insipid, and just delivering acoustic versions of potential rock songs. Al Lewis treads the line carefully, with some degree of success. 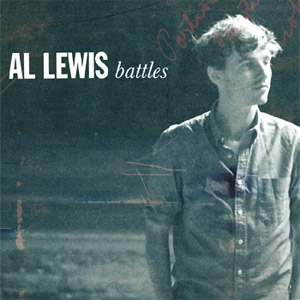 The album opens with the relatively upbeat The Truth in Growing Old which is built on subtle layers of guitar and piano performing a fairly traditionally arranged song. One of the first things you notice is the quality and sheen of the mix. All of the instruments are audible and clear, yet also soft and gentle. I always grimace slightly when someone starts playing a harmonica solo, but on this occasion it is understated, not overdone and actually quite pleasant, which is surprising.

Next up are three songs which stretch the formula which the album opener suggests only slightly. Sunshine and Don't Believe in Magic are slightly morose, yet catchy songs with hooks all over the place. Sometimes, the breathiness of the vocals and the ridiculously slick production calls to mind the backing music of a cheesy John Lewis advert, and once that imagery takes hold there is no shaking it. Luckily, these songs are separated by the downtrodden yet somehow major key run through of Treading Water, where the female backing vocals really lift the charming arrangement to another plain entirely.

Following the tiresome folk plodders that are Fall from Grace and Happy Now is the albums closing song and title track, Battles, which truly showcases the talent on show here much better than almost any of the other seven songs. It begins in the same lush and silky smooth folk style of much of the rest of the album, but builds to a truly emotive conclusion. It feels like the first seven songs were just the foreplay for this dramatic end piece. The instruments are somehow louder and played more passionately and Al's voice cracks on occasion from the effort. It is thrilling and makes the rest of the album seem tame and incredibly timid.

Before pressing play on this album, you think that at eight songs there is not really a lot of this album but maybe its brevity is one of its strong suits. It does not outstay its welcome one bit and it is nice to have a breather from the full on sombreness on display. There are some great songs on offer here but sometimes the super slick production job is just a little too much to bear. Overall, Battles is a charming and pleasant enough album which plays it incredibly safe and commercial.