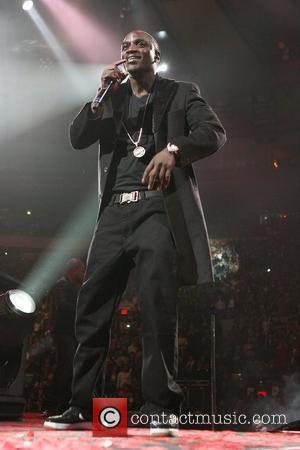 Four people have been injured at a Sri Lankan broadcaster's headquarters after Buddhist protesters campaigning against an upcoming Akon concert hurled rocks at the building.
Promoters of the R&B singer's April (10) concert in the capital city of Colombo have come under fire from locals, who have taken offence to his video Sexy Chick, which features groups of near-naked women dancing at a pool party in front of a Buddha statue.
Around 200 angry Sri Lankans gathered outside the head office of the Maharaja Organisation, which is sponsoring the star's gig, holding up posters reading 'Stop Akon's show', and demonstrating their fury by smashing windows and causing damage to cars parked outside the building.
Four network employees were hurt in Monday's (22Mar10) riot, according to Maharaja boss Chevan Daniel.
Police have confirmed a number of the protesters were taken into custody, although it is not clear if they will face any charges.