Akon To Turn His Life Story Into A Movie 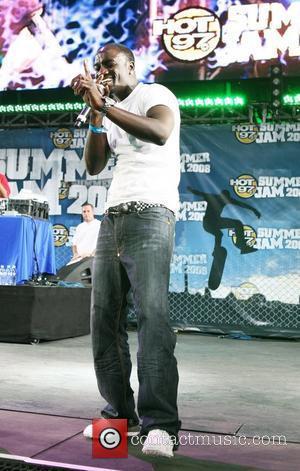 R+B star Akon is turning his life story into hard-hitting new biopic ILLEGAL ALIEN, which will shed light on his early upbringing in Africa. The LONELY hitmaker was born and raised in Senegal before his family moved to New Jersey, where he fell in love with urban music, as well as being attracted to crime. The 26-year-old was jailed for convictions relating to stolen cars, but used his time behind bars to work on his debut album TROUBLE, which was released in 2004. He tells AllHipHop.com, "If people really knew my story, they'd be looking at me a whole other way. "It's like City of God, Menace II Society and RAY all in one movie. Like, a lot of people didn't know my uncle tied me to the train tracks when I was a kid. He literally tried to kill me because I wouldn't give him any money. "I am from a whole other culture. There's a lot of good things in it - and a lot of bad things." Akon is already lining up 8 Mile star Mekhi Phifer to play him on screen.