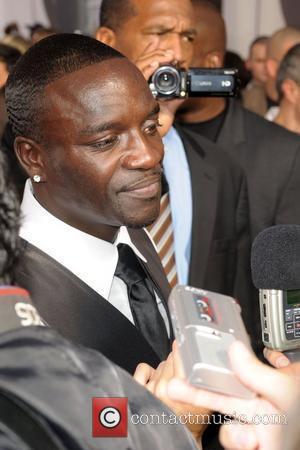 Akon has disappointed scores of fans who have splashed out on tickets for Michael Jackson's comeback concerts by insisting the King of Pop won't be singing live.
The R&B star, who has previously collaborated with the Thriller hitmaker, admits Jackson won't be showing off his vocals during This Is It, his upcoming seven-month London residency, and will instead rely on a pre-recorded track.
He says, "Michael singing I'm not so sure about. He will perform but not sing."
But Akon maintains audiences at the British capital's O2 Arena will still be thrilled by the spectacular show Jackson is planning: "It's going to be amazing, I can definitely tell you that. I'm going to have front row tickets. I will have the best tickets in the house and will be so close to the stage you will think that I am on it."
Jackson is scheduled to kick off This Is It in July (09).