Akala is certainly making head waves in UK hip hop circles gaining respect and acclaim. Certainly he made an impression with me with his first album 'It's Not A Rumour' showing definite skills and good lyrics. UK hip hop is still strong with the youth and there's many budding emcees spitting lyrics in the streets. In fact hip hop is so sophisticated these days so called street heads should be trading their hoodies and sneaks for suits and briefcases. 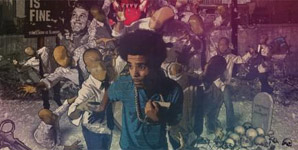 If you've heard Akala before you won't be surprised by 'Doublethink'. The lyrical content is designed to make you think, as all good conscious hip hop does. It's hard hitting and intense. UK hip hop sometimes has an eclectic mix of sounds and experimentation that makes it different from the States and certainly Akala is experimenting with lots of different sounds - but on occasion it all sounds a bit much. I like his enthusiasm to experiment with guitar styles although unfortunately is doesn't sound as good as Prodigy or Rage Against The Machine.

It's a real shame that the lyrical delivery and lyrics aren't as good as his first album. In fact some phrases are incredibly inferior. It's surprising as conscious wordsmiths should grow, there's definite attitude and strength but lyrically there's nothing new. I like the influences but it seems more scholarly than soul, more preppy rather than punk. The hunger that was apparent on Akala's first album appears to have faded.

It upsets me not to be writing a great review for Akala as he is a credit to the UK. Art is always appreciated but to stand as an emcee consciously is always a hard task. Putting too much experimentation in an album can lose the simplicity of the message and make it all a bit too much and there's a fine line to getting it right. I'm sure there's some who will get behind 'Doublethink' but I feel Akala could've done better. 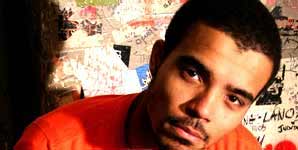