Extra hosts Aj Calloway and Mario Lopez are seen filming a segment for their NBC entertainment show in New York. They talk to the photographers before the latter are moved to the pavement. AJ and Mario are then seen talking to a crew member before filming starts, in front of a crowd of people.

While Mario Lopez has been the main host of Extra since 2008, AJ is the New York correspondent. The latter is best known for hosting 106 & Park: B.E.T.'s Top 10 Live, while the former is known for appearing on the third season of Dancing With The Stars, where he came in second place with his partner, Karina Smirnoff 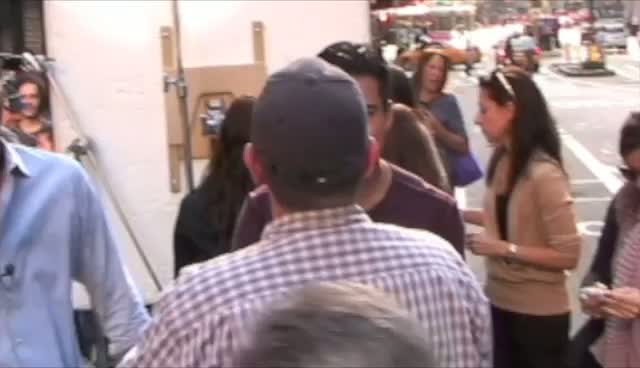