Series two has just begun airing, but filming on the next instalment is already underway.

‘Poldark’ may have only returned to our screens for its second series on Sunday night, but Aidan Turner has already begun filming his next adventure. According to the Radio Times, Turner and co-star Eleanor Tomlinson were back on the Cornish cliffs filming for the third series, less than 24 hours after Sunday night’s episode aired. 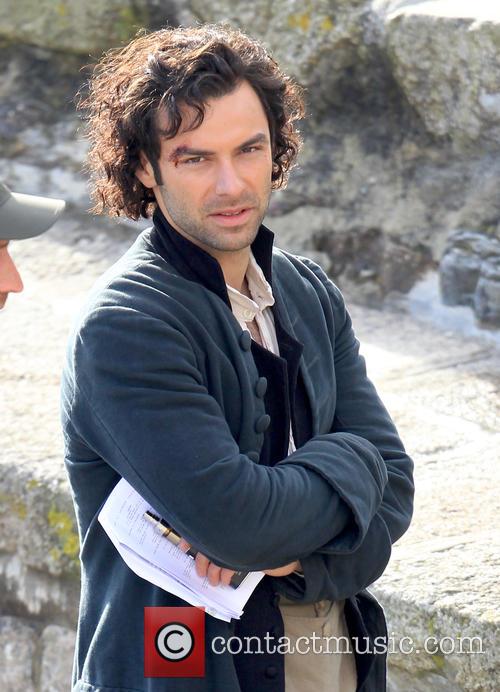 Series three was commissioned in July and will consist of nine episodes set to air next year. It will feature some exciting new cast members, including Harry Richardson and Tom York who will play Demelza's brothers.

Speaking to the Radio Times, executive producer Karen Thrussell said: "It's with real excitement that we introduce three very talented young actors to the world of Poldark – Harry Richardson and Tom York playing Demelza's brothers Drake and Sam, and Ellise Chappell as Morwenna, Elizabeth's cousin. All are major players in the next volume of Winston Graham and Debbie Horsfield's saga!"

Also returning for series three alongside Turner and Tomlinson are Heida Reed, Ruby Bentall. Jack Farthing, Luke Norris, Beatie Ednie. Debbie Horsfield will also be back as the show’s writer.

”We're thrilled to be kicking off series three with a fantastic array of new characters and a story which scales new heights of conflict, feuding, passion and drama," Horsfield said.

"Ross is older but not necessarily wiser, and his recklessness sometimes costs him, and his loved ones, dear. We're in for a rollercoaster ride where the stakes have never been higher.” The period drama's much anticipated return on Sunday was praised by both critics and fans alike, with over five million viewers tuning in on BBC One.