'Poldark' is due to return to British TV screens on September 4th.

‘Poldark’ star Aidan Turner has revealed that BBC bosses were so desperate for their photogenic, ratings-winning star to keep showing off his torso in the forthcoming series that they invented storylines that had nothing to do with original novel in order to get him to do so.

Turner, 33, won the National Television Awards’ Impact Award earlier this year for his role as Ross Poldark in the BBC’s series.

The plaudits for his actual acting were overshadowed in the public imagination by a succession of shirtless shots – and in a new interview with Woman Magazine this week, he said the BBC was trying to cash in even further but that he was “fighting” to keep his clothes on as much as possible. 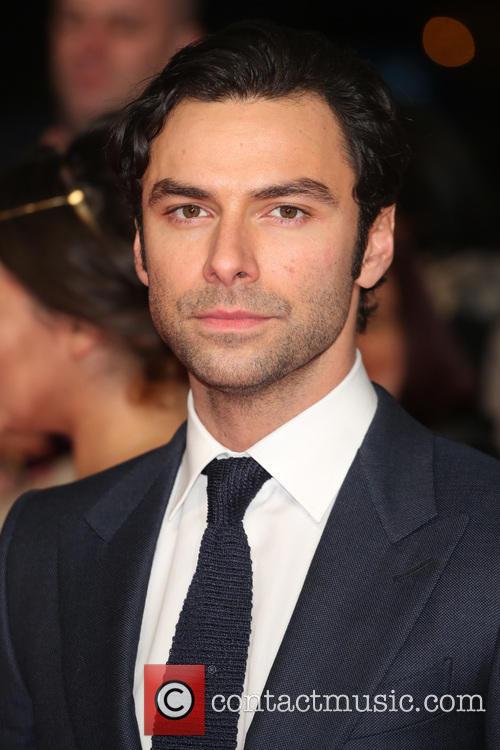 He had previously criticised the BBC for its promotional image for ‘Poldark’, which, of course, showed him scything in a field with his top off. “It’s a bit strange. It’s not a stripper show,” he said earlier this year.

Earlier this year it was intimated that series two wouldn’t contain so many of the steamy shirtless scenes as last time, because the second of Winston Graham’s series of 12 novels takes place during the autumn.

That was good news for Turner, who has previously admitted that he struggles to come to terms with his torso seemingly being the most famous part of him - but now it seems showrunners might be altering the plot of the books a bit.

“When I finished ‘Poldark’ last time, I shot a movie where I very much kept my clothes on, so I wasn't training. Then when I came back, I did the Agatha Christie gig and there was a scene where I had to take my clothes off, so I started training again. It’s not that I’m obsessed, but if I feel it's right for the character I go for it.”

More: ‘Poldark’ and ‘The X Factor’ set for TV scheduling clash in September