The ‘Poldark’ star has overtaken Tom Hiddleston and Idris Elba as the bookie’s favourite to take the role.

‘Poldark’ star Aidan Turner has become the bookie’s new hot favourite to take over the role of James Bond after a big weekend of betting. With big money coming in on Turner, bookies are predicting that the new 007 will be announced soon, even though Daniel Craig hasn't confirmed he’s stepping down from the role. 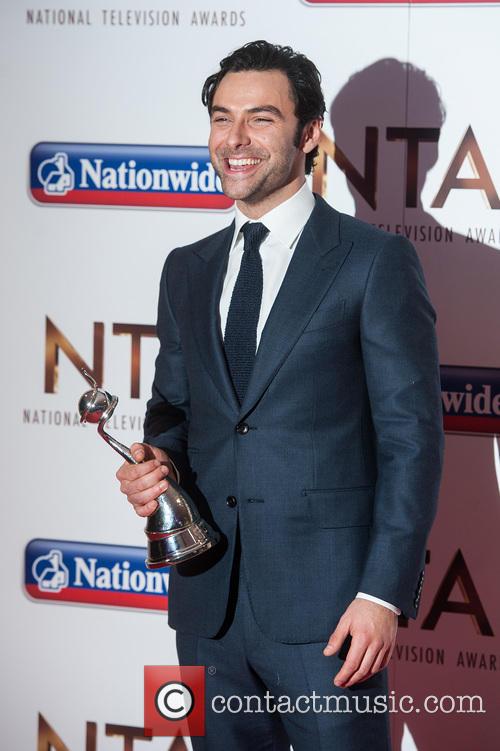 Aidan Turner is tipped to be the next Bond.

Bookies Ladbrokes have reported that Turner is now the 1-2 favourite to be cast, taking over Tom Hiddleston who now has 2-1 odds, followed by Tom Hardy, Idris Elba, Henry Cavill and Damian Lewis.

More: Aidan Turner To Keep His Shirt On For 'Poldark' Series Two

"Money talks, and it's the Poldark man that punters want as their next Bond,” Ladbrokes spokesman Jessica Bridge told The Mirror. "Turner's been shaking and stirring the betting for the last week and it's not a huge surprise to see he's been backed into odds-on."

However even if fans do want Turner, it won’t make a difference, according to Spectre and Skyfall director Sam Mendes. Speaking at Hay Festival last week, Mendes said: “There’s this constant debate about who’s going to be the next Bond.

“The truth is - and here’s the headline: it’s not a democracy. I can guarantee whatever happens with it, it will not be what you expect. It’s not the X Factor, it’s not the EU referendum, it’s not a public vote.

“Barbara Broccoli chooses who’s going to be the next Bond: end of story,” he added. “That’s what she’s been brilliant at, and that’s how it’ll survive. It’s not a public vote, and I think we’re in an age where everything is deemed voteable on. Some things just aren’t and it’s better that way.”