Veteran French Film Director Agnes Varda Is To Be Feted For Her Achievements In Cinema With An Honorary Palme D'or Award At The Cannes Film Festival. 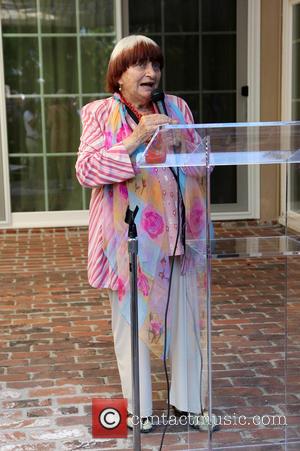 Picture: Agnes Varda - Unifrance and The French Consulat of Los Angeles Host a Brunch in Honor of the 2013 AFI Film Fest French Filamkers -...

Varda will become the first woman to ever receive the trophy, following in the footsteps of Hollywood legends including Clint Eastwood and Woody Allen.

She will be awarded the Palme d'Or during the festival's closing ceremony in France on 23 May (15).