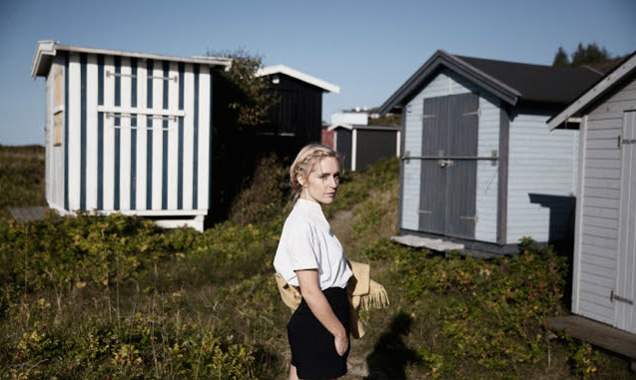 Ahead of her upcoming sold-out UK tour, Danish singer-pianist Agnes Obel has been confirmed to appear on the opening show of the new series of BBC2's Later.With Jools Holland. The show will broadcast live on Tuesday 15th April at 10pm, with an hour-long version airing on Friday 18th at 11.05pm. The seven-part 44th season of the BBC's flagship music show, filmed at the Maidstone Studios in Kent, will also include performances from Coldplay, Eagulls, Sharon Jones & The Dap Kings, Paolo Nutini, Elbow, The Black Keys, Damon Albarn, St Vincent, Kelis, and many more.

After a short tour in October 2013 (of her Union Chapel show The Times said "Obel cast a magical spell.close your eyes and you could have been transported to mountains, forests or roaring firesides in Winter"), Obel returns to the UK next month for some sold-out dates. In July, Obel will return to the UK to headline her biggest show yet at Somerset House as part of the Summer Series concerts. She will also play her first UK Festival show at Latitude Festival in Suffolk.

Agnes Obel's new single Aventine was released last week on Play It Again Sam. The title track from Obel's critically acclaimed new album, Aventine is the third single to be taken from the album, following The Curse and Dorian. Aventine is Berlin-based Obel's follow-up to her 2010 debut Philharmonics, which sold almost half a million copies across Europe. The new album is repeating its success, having already sold over 150K in France, reaching Platinum status, with another Platinum sales award in her native Denmark, and Gold in Belgium.