Review of Divisionary Album by Ages and Ages

Hailing from Portland, USA, Ages and Ages play a brand of acoustic-based pop music with elements of blues, folk and rock all rolled into an easily digestible package. On 'Divisionary', the group's second outing, Ages and Ages further explore their trademark sound. 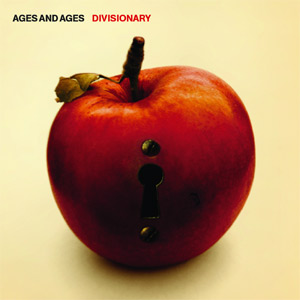 The album begins with a short intro focusing largely on layered vocals and percussion before the music truly begins with 'Light Goes Out'; an upbeat, indie-pop work-out which closes with a huge, almost mantra-like coda. Then follows the organic, acoustic led 'I See More' which is one of the album's highlights. The vocals in this song deliver hook after hook.

In fact, the first four songs on 'Divisionary' are all thrilling and charming pieces; the harmonised guitar attack of 'No Pressure' and then the understated groove of 'Big Idea' showcase the band taking their foot off the gas a little and playing with dynamics. It is great to hear the band really pushing the boundaries of their style.

Sadly, from here on out, Ages and Ages seem to lose steam a little. At its worst, 'Over It' takes five minutes to not really go anywhere, but mostly what the second half of the album delivers is some fairly standard acoustic pop music. It is not bad per se, there just isn't anything here that really makes the heart race.

Take, for example, 'Our Demons' - a minimal blues lull. The ideas here are great and the vocal hook in the chorus is undeniable with the lyric, 'You've got reasons for avoiding your demons and I know I've got mine' offering a particular, charming twist. 'Ante Up' has an almost mid-paced Smashing Pumpkins feeling to it in places but something here just does not click into place. It seems to have all the ingredients but there's nothing that really pushes it into the territory of being special.

The album closes with 'Divisionary (Do the Right Thing)' which more or less sums up the album as a whole. It is a pleasant listen, but overall it sticks a little too closely to the middle of the road. This a solid collection of songs with some top quality highlights that show the band's potential, but there is just a little too much filler here.