'Park Life Together' is the most wholesome thing you'll hear all week.

She never fails to touch our hearts with the serious issues of the world, but Laura Jane Grace proves that sometimes she can forget everything and just enjoy a beautiful day at the park with coffee, ice cream and her young daughter Evelyn. Her ode to that world is a new song called 'Park Life Forever'. 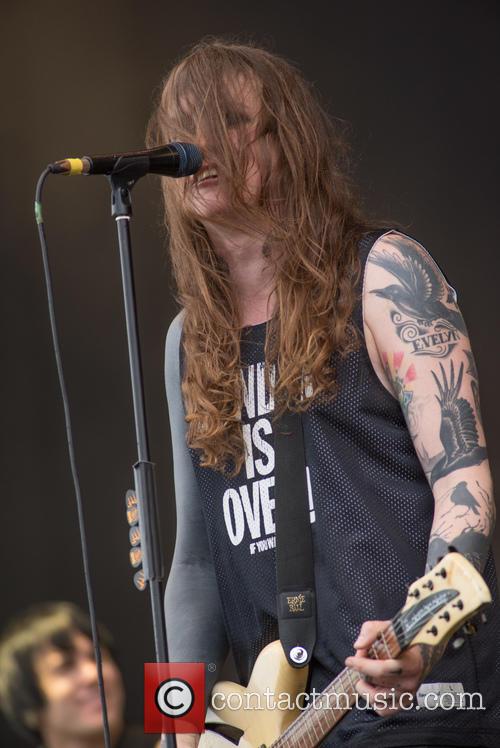 The Against Me! singer might be known for her seminal album 'Transgender Dysphoria Blues', and for burning her birth certificate on stage to protest the North Carolina bathroom bill of 2016, but she's also a parent whose life sometimes revolves around ice cream and playgrounds.

'My daughter learned how to ride a bike this summer', she explained in a mini-documentary. '[We would] wake up in the morning, get on [our bikes], we'd ride down and we'd get coffee, she'd get a lemonade. And she'd just play on the playground for hours and I would lay in the grass and read books. We'd get ice cream and just hang out in the park.'

Laura teamed up with Spire as part of the brand's promotion of their Studio Audio Interface program to film her recording a new song on her acoustic guitar with drum pads, tambourine and additional vocals from 8-year-old Evelyn herself, all from the comfort of Laura's Chicago apartment. 'Park Life Forever' was the result of that wholesome experience.

'It's been a long winter', Laura told Rolling Stone. 'I'm ready for summer again (I think everyone is). I thought this would be a fun song to share with everyone and help usher in those summertime vibes!'

Sure, it's not quite the heavy punk aesthetic that we're used to, but sometimes innocence is a relief. 'It's just a song I wrote for me and my daughter so in that way it's a kids' song, I guess. But it could be a Ramones song', she said.