Against Me! frontwoman Laura Jane Grace is the latest star to take a stand against North Carolina's bathroom bill as she takes to the stage in Durham to burn her birth certificate - a document which lists her as biologically male. She's out to prove just how little birth documents mean to her life. 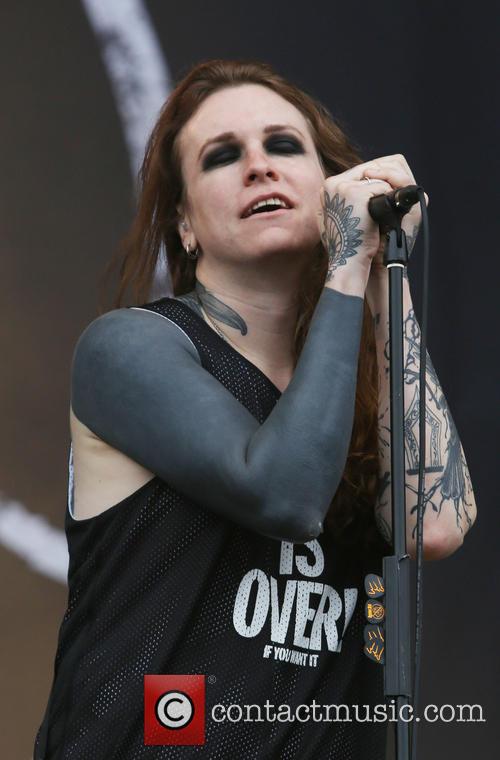 Laura Jane Grace proves that gender really is over

Florida punk band Against Me! performed at the Motorco Music Hall in Durham, North Carolina on Sunday night (May 15th 2016) and they were keen to make their appearance count. Many stars have been boycotting the state over the recent passing of the HB2 law, or Public Facilities Privacy and Security Act; a law that prevents people using a bathroom for the gender of which they were not assigned at birth. This has raised controversy over the fact that such a law is discriminatory towards the transgender community. But singer Laura Jane Grace had a better idea than just avoiding the area altogether.

She took along her birth certificate - which presumably names her as Thomas James Gabel, male - and promptly set fire to it, telling it 'Goodbye, gender!' She also used the platform to donate to LGBTQ charities. After all, why should open and accepting fans in North Carolina be punished for having a transphobic government?

Bruce Springsteen, Ringo Starr and Pearl Jam have all decided to cancel their shows in North Carolina, but Laura Jane Grace told Buzzfeed last month: 'I'm going to create an event around the show as a form of protest to say that despite whatever stupid laws they enact, trans people are not going to be scared. They are not going to go away.'

The singer came out publically as a transgender woman back in 2012, and in 2014 the band released the album critically acclaimed album 'Transgender Dysphoria Blues'. We can also expect her autobiography, entitled 'Tranny', to be published in November 15th 2016.