Actor, writer and producer Affion Crockett (Never Back Down; Dance Flick; Soul Men) is spotted walking in Beverly Hills. Affion talks about doing promos for his new show, comedy sketch series 'In the Flow', which debuted on FOX on August 14th 2011 and was produced by actor and singer Jamie Foxx. Affion also does his best Harvey Levin (founder of the celebrity gossip site, TMZ) impression.

Affion is set to appear in upcoming comedy Dance Fu, alongside 'Kenan and Kel' star Kel Mitchell and Cedric the Entertainer 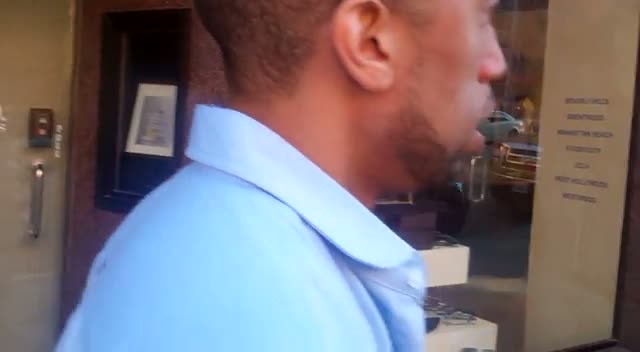 Affion Crockett Talks 'In the Flow'