Aerosmith turn up to The Late Show with David Letterman to talk past, present and future

Steven Tyler turns up for The Late Show

If you believe the rumours, things haven't been going smoothly in the Aerosmith camp of late, with reports suggesting that the admittedly often turbulent rock band might be splitting up. Well, the relaxed demeanour of front man Steven Tyler as he turned up for David Letterman's Late Show suggested that such aspersions may be far fetched. Tyler looked in good spirits has he arrived in flares, a purple shirt and a jacket to speak to the chat show host along with the rest of his band. 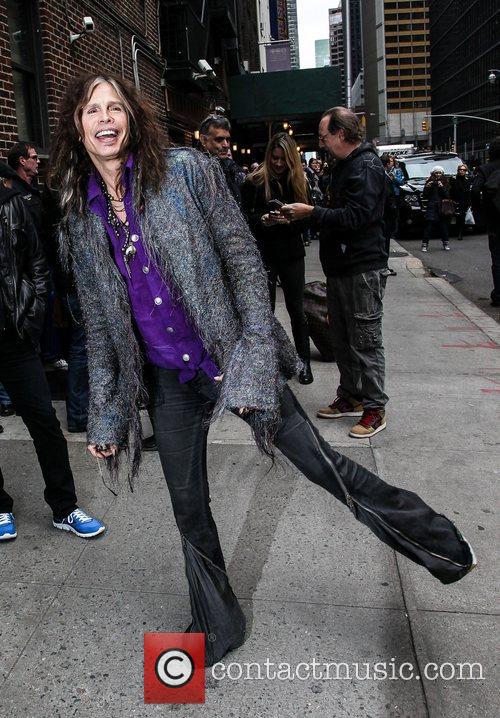 There have been recent rumours of Aerosmith breaking up, but Tyler seemed unflustered by them as he larked around yesterday (November 1, 2012

Tyler and Perry put on a united front as they spoke to Letterman, reports The Gossip Center, and spoke of the future as well as reminiscing about the past. "We were an army marching on and we were raping and pillaging and going from town to town," Tyler said of the bands hard partying days. "When it's done you don't go back and go bowling or knit in your room, you drink it feels good. You may have some cocaine, it feels good. If you could put a button here, and humans could orgasm, how many people in the audience wouldn't be hitting that button all day long." 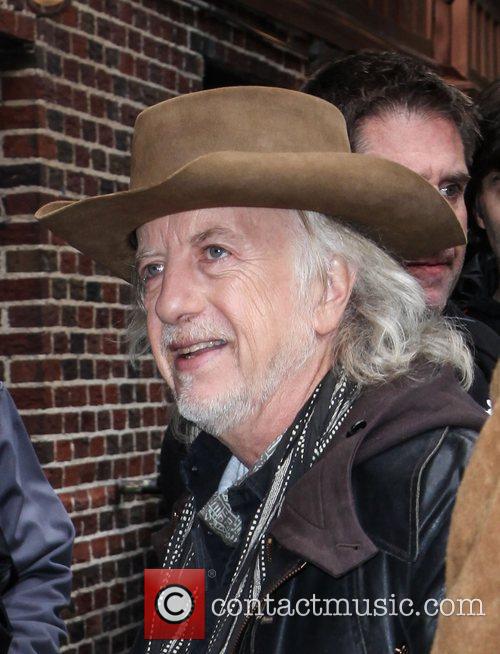 The group's appearance on the show came just a few hours before Tyler caused mild controversy on the Today show by dropping an F-bomb on morning television; the obscenity came as the group were warming up the audience before performing their opening song on the program. See what we thought of Aerosmith's new album Music From Another Dimension. 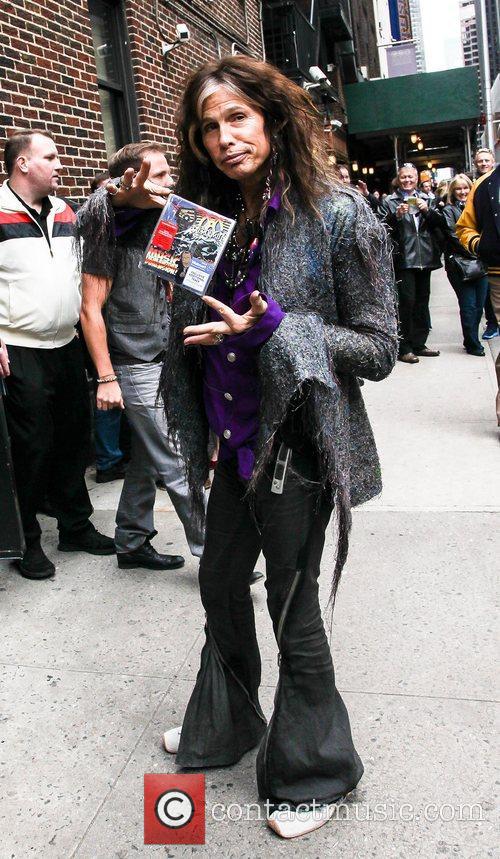