Aerosmith: There's no reason to record ever again

Aerosmith drummer Joey Kramer thinks there is ''almost no reason'' for the band to ever release another album. 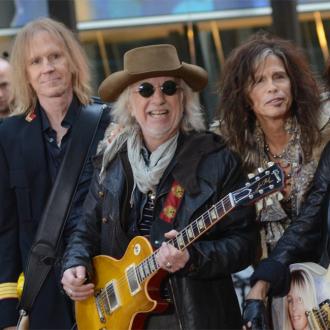 Aerosmith drummer Joey Kramer thinks there is ''almost no reason'' for the band to ever release another album.

The 63-year-old musician claims records don't make any money and the 'Crazy' hitmakers would have to pay for it themselves.

He told Ultimate Classic Rock: ''It would be great to make another record, but it's almost [like], 'Why bother?'

''Records don't sell, and they don't do anything. There are no record companies to pay for it, so you have to pay for it out of your pocket.

''Especially with us now, because we're a free agent - we're no longer with a record company.''

The drummer insists the band - also made up of Steve Tyler, Tom Hamilton, Joe Perry and Brad Whitford - used to make money from selling records but their last album, 2012's 'Music from Another Dimension!' didn't do as well as expected and their income now comes from touring the world.

He continued: ''Artistically, it would be fun to make another record and it would be a beautiful thing if we can put it together.

''There's almost no reason to do it, you know, judging from the last one and how it went over.

''It's frustrating, because personally I think it's a really good record. It's an Aerosmith record and it was done the way we used to do them.''

But he claims certain things held it back, including the state of the music industry at the moment.

Joey added: ''Music now is so disposable. It's so, like, 'Okay, here it is and five minutes later there's something else'. We're not the Justin Biebers and the Nicki Minajs of the world, so unfortunately, records don't make sense.''