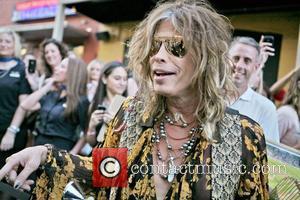 A lost Aerosmith song is to feature as one of the main themes in the upcoming G.I. Joe sequel.
Frontman Steven Tyler has revealed Legendary Child, which is an outtake from the group's 1991 album Get A Grip, is being remixed for the soundtrack of the new film, G.I. Joe: Retaliation.
Reports suggest the track will also feature on Aerosmith's much-anticipated comeback album.