Review of We Can't Fly Album by Aeroplane

Aeroplane were the Italian/Belgian duo Vito and Stephen Fasano, although Aeroplane is now just a one man operation with Vito in the Cockpit. 'We Can't Fly' was created in France, so with such a wealth of European influences you should be expecting a healthy dose of pop, 80's electronica and psychedelia and that's exactly what you will be getting! In fact the influences of Floyd and Abba are rife. 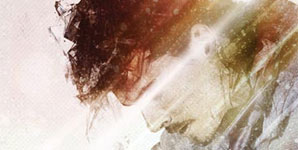 With such a mix of influences, including Emo, you get an album of tracks that are quite diverse.

The title track 'We Can Fly' sounds similar to 10cc's 'Dreadlock Holiday' at first before the current deep synth sounds come in to give it some mood. There's a tendency to mix 80's elements with a touch of modern day sounds but the album would benefit much more if there were more of the modern and less of the 80's.

'I Don't Feel' features the talented Merry Clayton, who sang on The Rolling Stones 'Gimme Shelter', The track starts like some 80's rock ballad and strays into some electro and then back to anthemic rock. It's a bit confusing. We Can't Fly has some better moments with electro cool 'Without Lies' and 'Caramellas' but then it goes back to pub drunk 'Good Riddance' and camp as Christmas 'My Enemy'.

'We Can't Fly' is a bit of a confusing concept a lack of direction almost makes this album appear cabaret. Maybe that's the idea and it may well appeal to post Abba lovers but for this reviewer the pop cheese elements are unforgiveable for any credible dance music outfit and the prog-psychedelic touches don't add as much sophistication as they should either.