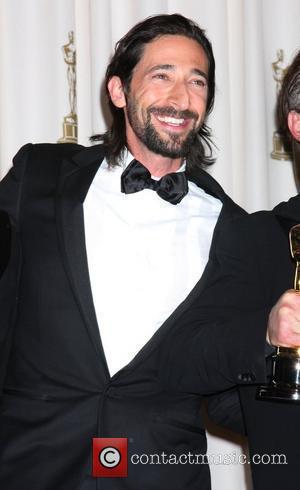 Celebrity motor maniacs Adrien Brody, Keanu Reeves and Luke Wilson will rev things up at the 2009 Toyota Pro/Celebrity Race in California on 18 April (09).
The movie stars will be among the big names set to get behind the wheel of race-ready Scions for the charity drive on the eve of the 35th Long Beach Grand Prix.
In total, 20 drivers will hit Long Beach's street circuit for a 10-lap race.
Joining Brody, Reeves and Wilson will be TV stars Tim Daly, Eric Close and Mary Lynn Rajskub, beloved U.S. game show host Alex Trebek and comic Carlos Mencia.
Toyota will donate $5,000 (£3,450) to charity Racing for Kids in the name of each celebrity racer, and another $5,000 to the winning racers charity of choice.
Reeves and skateboarder Danny Way are the early favourites to win the Pro/Celebrity Race. Previous winners have included Frankie Muniz and Josh Brolin.