Oscar-winning Actor Adrien Brody Is Set To Show Off His Painting Skills In A New Art Exhibition. 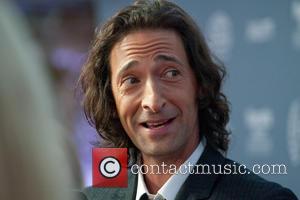 The Pianist star is a keen artist and he is set to debut his works in a show titled Hot Dogs, Hamburgers and Handguns at the Art Basel festival in Miami, Florida next month (Dec15).

A source tells New York Post gossip column Page Six that Adrien has been painting "recreationally for a long time" and his works show "how violence is as commonplace as fast food in our culture".

The show opens at the Lulu Laboratorium venue on 2 December (15).

Adrien has also been considering branching out into music in recent years and he recently admitted he dreams of recording a rap album.

"I want to make a banging hip-hop album when I'm 50. I make beats on my iPad when I'm on a plane," he told Britain's The Times Magazine. "It's incredible what technology allows. I can lay down a track with a pair of headphones and a $20 app. It takes an enormous amount of work to make a cohesive album, which is what I would like to do, but I'm kind of busy with my day job."