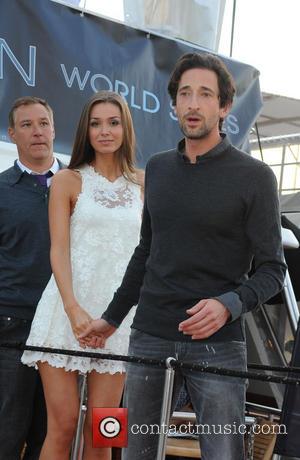 Oscar winner Adrien Brody has launched his own production company after pulling in $50 million (£31 million) from investors.

The Pianist star revealed his plans for Fable House, his new venture, at the Cannes Film Festival over the weekend (17-18May14).

The company has been backed by million-dollar stakes from Nigerian entrepreneur Kola Aluko and Chinese production company Sparkle Roll Culture Media, which is part-owned by Jackie Chan.

Brody will produce all films on the company's roster, and he will star in selected movies, the first of which is murder mystery Manhattan Nocturne.

Brody says, "Fable House will provide a doorway to imagination. Our objectives are simple: to make the kinds of films that don't often get made, to play a larger role as storyteller, and to help filmmakers with a unique vision to have a voice."