Victoria's Secret model Adriana Lima doesn't need lingerie to feel sexy and says the only thing she needs to put her in a romantic mood is ''the scent of skin''. 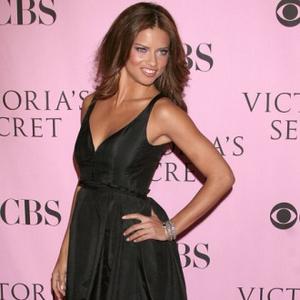 Adriana Lima doesn't worry about what she wears for Valentine's Day as it "won't be on for long".

The Victoria's Secret beauty celebrates her wedding anniversary with NBA star husband Marko Jaric on February 14 and while she loves lingerie, she doesn't worry about expensive perfumes because the only thing she needs to put her in a romantic mood is "the scent of skin".

She added to People magazine: "What's worn on top is not important, since it won't be on for long."

Although the stunning model maintains a strict diet since the birth of her daughter Valentina in November 2009 in order to stay in shape, she does sometimes allow herself some chocolate.

She explained: "For me, flowers and candies should always go together."

However this is strictly for special occasions as Adriana has previously revealed in order to maintain her enviable figure, she usually relies on: "Zero carbs for sure. I'm doing a combination of different protein shakes - it's called Metagenics. And also, I only can eat green vegetables, everything grilled or steamed, or four ounces of any type of protein and usually that's what I have for lunch and dinner, and every three hours in between I have a protein shake or cereal bar."