Actor Adrian Scarborough Is More Than A Little Ashamed Of His Nude Scenes In New Tv Comedy Blunt Talk After Refusing To Bare All On Camera For Years. 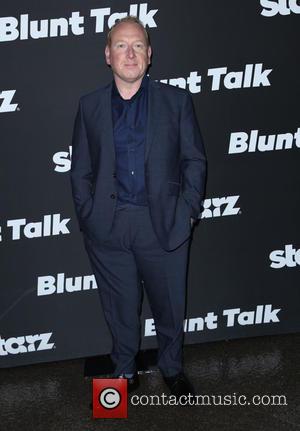 The Les Miserables and The King's Speech actor plays Patrick Stewart's manservant in the new cable show, which launches in the U.S. this weekend (22Aug15), and in an early episode he strips off for a poolside portrait.

The British TV regular says, "I've always had kind of an express 'no nudity' clause in every contract I've ever done. And I've avoided it like the plague. I was only nude once before and I was desperately unhappy doing it!

"I managed to be convinced to do it on this. It was the second day of filming and I just thought, 'If I don't know everybody well by the end of that day I'm never gonna!' So it kind of seemed OK.

"I hate doing it. I don't think, to be brutally frank with you, that anybody other than the people I have in my bedroom should see me in that condition! And the idea that a large proportion of the general public in America will see me in that way; I don't feel terribly proud."