The cast and crew of 'Entourage' the movie were at the Golden Globes to shoot final scenes.

Entourage stars Adrian Grenier, Kevin Connolly, Jeremy Piven, Kevin Dillon, Jerry Ferrera and Emmanuelle Chriqui were all in attendance on the Golden Globes red-carpet on Sunday (January 11, 2014), but as it turns out: they were at work. The team were shooting last-minute scenes for the upcoming Entourage movie. 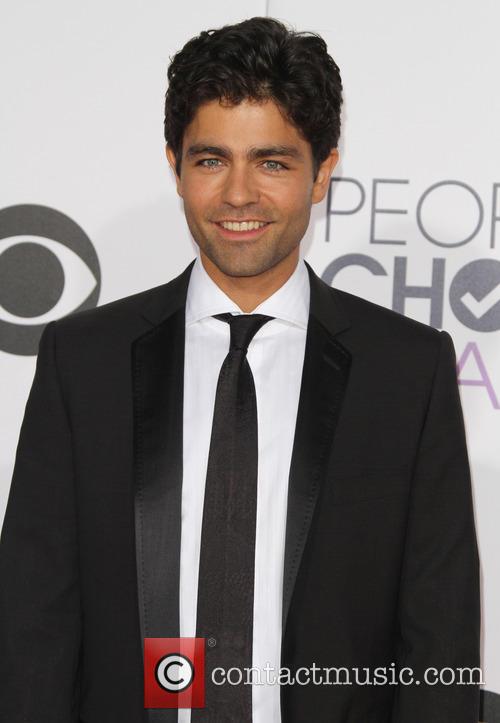 Adrian Grenier is back as Vinnie Chase for Entourage the movie

Variety's Cynthia Littleton was first to hear of the shoot, tweeting, "Ran into Al Roker & Jeremy Piven just in time to hear JP say they are shooting last-min material for Entourage movie here."

More: Why did it take so long to get the Entourage movie off the ground?

Actors in the audience were spotted holding "I Heart U Vincent Chase" banners, with Adrian Grenier posing in front of his "fans". Connolly, 40 and Chriqui - who play on-screen lovers Eric and Sloan - were spotted shooting an interview with Carson Daly before the awards ceremony. E!'s Terrence Jenkins also plays a reporter in the scene. 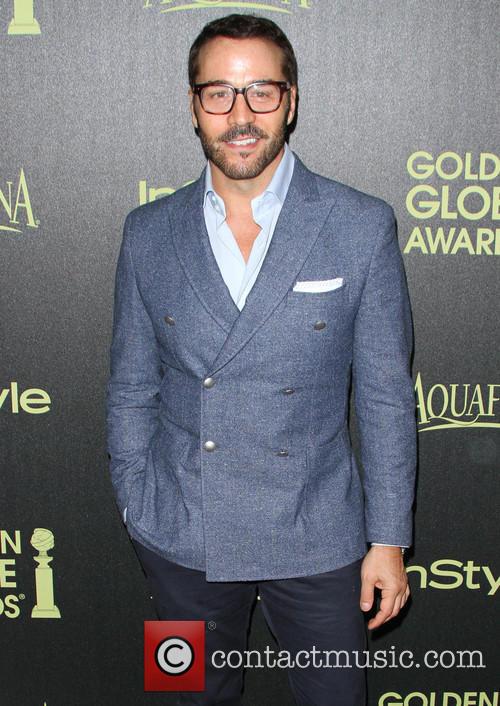 Jeremy Piven returns as Ari Gold in Entourage the movie

The upcoming movie picks up where the final season of the HBO show left off. Ari Gold (Piven) manages to bankroll Vince's directorial debut with a $100 million budget, thanks to a Texas billionaire and his son Travis. However, the movie goes $15 million over and Vince convinces himself that if the film fails, he and his pals can simply move back to Queens.

As with the television series, the Entourage movie will feature a slew of cameo appearances including Tom Brady, Liam Neeson, Piers Morgan, Emily Ratajkowski and Thierry Henry.

Entourage The Movie, directed, produced and written by original showrunner Doug Ellin, will hit theaters in the U.S on June 5, 2015.

Watch the Entourage the Movie trailer: 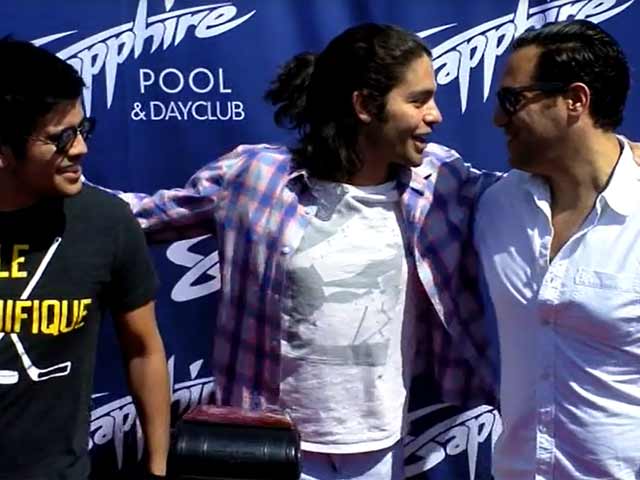 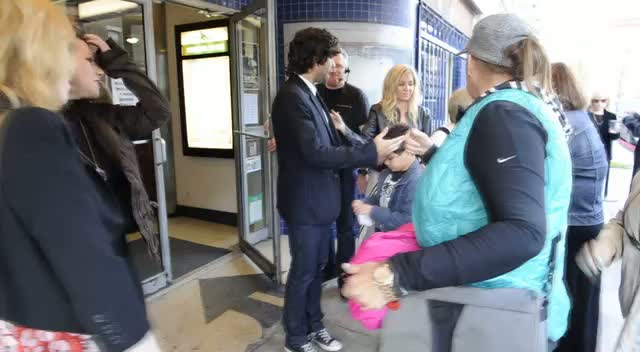 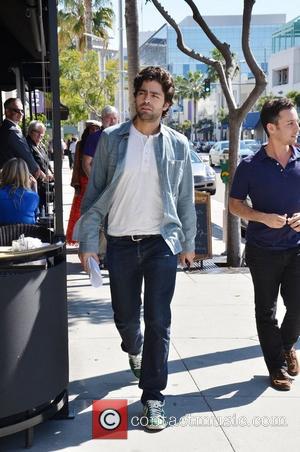