The award winning broadcasters Victoria Derbyshire and Shelagh Fogarty, as well as the popular DJ Richard Bacon, are to leave BBC 5 Live. Derbyshire has been linked with roles at ITV and BBC News. In a wave of changes at the corporation, the oft criticized ITV football host Adrian Chiles is to present a morning show on 5 Live on Mondays and Tuesdays, with Peter Allen hosting for the rest of the week. Tony Livesey, the former editor in chief at the Sunday Sport, is given a prominent new role co presenting the afternoon Drive show with Anna Foster.

Victoria Derbyshire said: "It's a huge wrench to leave 5 live where listeners and I have shared so many experiences, and I would like to thank them enormously for trusting me. As to what I'm doing next - well I've been offered a brilliant opportunity too good to turn down."

Shelagh Fogarty said: "I'm very sad to be leaving but it's definitely time to do so. I'm spending the Summer exploring a number of opportunities, before deciding what's next."

The representation of female voices on 5 Live may now be considered by the BBC Trust, with some critics suggesting that the hiring of Chiles and promotions of Livesey and Allen signal a return to "bloke radio".

Jonathan Wall, BBC Radio 5 live controller, said: "This Autumn feels the right time to refresh parts of our schedule as we follow-on from what's already proving to be a wonderful sporting summer.

"Victoria, Shelagh and Richard have all played such key roles delivering fantastic live radio and I wish them every success with their future projects." 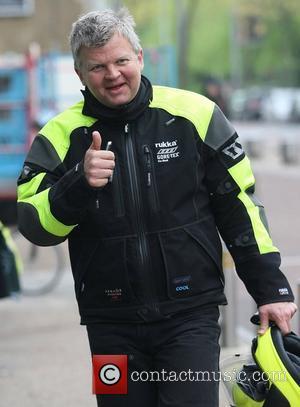 They Kept That Quiet! Adrian Chiles And Catherine Tate Are Dating