Musical stars have warmed up their vocal chords in a practise run for tonight's Oscars, among the performers are Adele and Anne Hathaway. 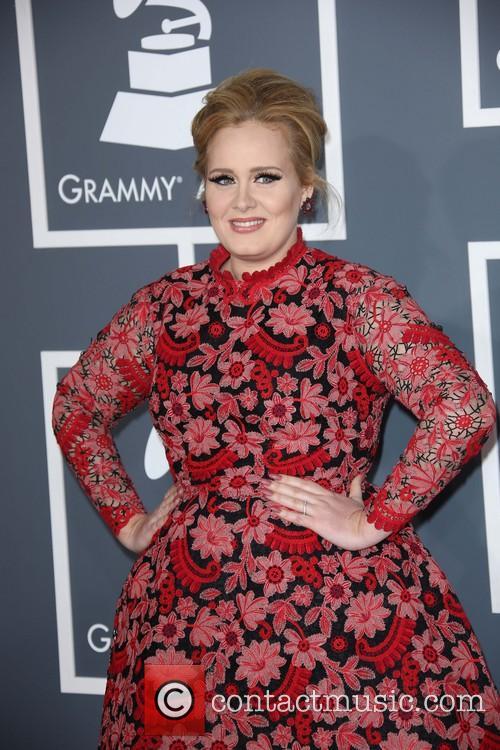 Adele was also at the Grammys this year

2013's Oscars are set to be an even more musical affair than normal, with some stand out vocal performances littering this year's movies and consequently the nominations. While best original song isn't often a hotly discussed category, with a brand new song written for Les Mis and current queen of pop Adele also nominated for her Skyfall performance it's definitely something worth talking about. Adele and some of the Les Mis cast will be performing at tonight's ceremony (24th Feb) and yesterday they did a practise show for those working on The Oscars.

As Yahoo reports, Adele, Helena Bonham-Carter, Sasha Baron-Cohen, Eddie Redmayne, Hugh Jackman, Anne Hathaway, Russell Crowe and Amanda Seyfried all dazzled the audience. Tom Hooper, director of Les Mis, was sitting in the front row and was undoubtedly impressed all over again by the talents of his award winning cast. Breaking the long worn tradition of recording songs separately and lip syncing on set, Hooper insisted that the whole cast sing live on film, which has given Les Mis its distinctive immediacy and heartwrenching power.

Adele with 'Skyfall' is the hot favourite to win. Others in the category, besides the Les Mis original song 'Suddenly', are Pi's Lullaby (Life of Pi), 'Everybody Needs a Best Friend' (Ted) and a very sweet song sung by Scarlett Johansson called 'Before My Time' from a documentary named Chasing Ice.