Adele steals the headlines for the U.K's one billion downloads

10 years after legal downloads were launched, numbers have reached the billion mark, with Adele’s Someone Like You the most downloaded single of all time, followed by tracks by Maroon 5 and Gotye.

Martin Talbot, Managing Director of the Official Charts Company, said: "The explosion in download sales over the past nine years means we are genuinely now living in the digital music age." Geoff Taylor, Chief Executive of the BPI, added: "As fans increasingly download music on the move, tablets, smartphones and connected cars will drive another phase in digital music's expansion." 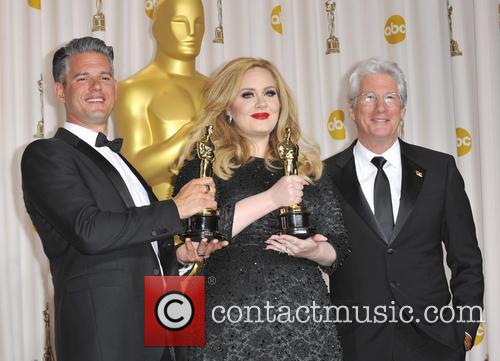 Adele hanging out with film's elite

And who better to cross the line than Adele? The singer with the powerful voice has become the jewel in the crown of British music. She co-wrote and sang the Bond theme Skyfall – which grabbed her various awards including a Grammy and an Oscar.

The top 10 most-downloaded songs of all time in the UK are:

3. Gotye ft Kimbra - Somebody I Used To Know