Adele needs to ''take it easy'' and start looking after her precious voice, according to 'Bat Out of Hell' singer Meat Loaf, who is no stranger to injuries himself. 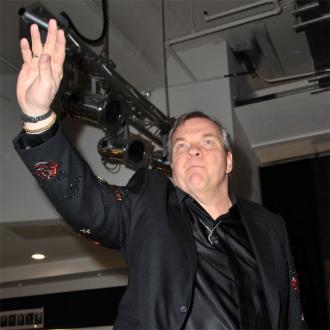 Adele needs to ''take it easy'' and start looking after her precious voice, says Meat Loaf.

'Bat out of Hell' star Meat is on his farewell tour after battling ill health, including a knee replacement, concussions and a cyst on his vocal cords in recent years, and has warned the younger star - who had to undergo laser surgery to remove a polyp from her vocal folds in 2011, cancelling a US tour - to look after herself.

He told BANG Showbiz: ''I don't think an audience ever understands how hard it is for a touring artist. They want us to be perfect every night, and it's really difficult, especially when you get older.

''Not even Adele can do it, because she was 22, and had a vocal cord haemorrhage. My advice to her? Take it easy.''

Meat, 65, blames the pressure on modern artists to be in the public eye, even during grueling tours, for the deterioration of their health.

He said: ''That's the problem with a new artist. They don't sell records like they used to. So they're forced to do a lot more than just tour. TV shows, interviews, all that talking and doing extra stuff between shows, that's when you rupture your vocal cords. Over work, over-tired and then bam!''

Meat also laments how he believes Adele - who's album '21' has been the biggest selling worldwide for the last two years, with 26 million sold - would have sold even more records if she were around 30 years ago.

Meat Loaf performs at London's The O2 venue as part of his farewell Last At Bat tour tonight (10.04.13).