It's A Boy! Adele Gives Birth And Is 'Ecstatic' 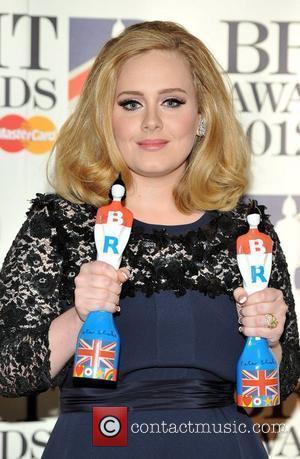 Adele has welcomed her first child into the world; a healthy baby boy.

The web is currently awash with news that the 007 singer has birthed her first child since The Mirror reported the news late yesterday (Oct 20), with a source said to be close to Adele and her partner Simon Konecki telling the paper that the two are “ecstatic at their new arrival.”

Although the news isn’t directly from the horse’s mouth, there is good reason to believe it is true, despite the unhelpful statement release by her PR saying last night: “We are not releasing a statement at this time. No comment.”

The singing sensation and her charity worker boyfriend Simon are believed to have become parents some time last week, but kept the news on the down-low so they could protect their privacy for the time being. The birth comes only four months after it was announced that Adele was pregnant via a statement on her official website.

The pair began seeing each other back in January this year and soon started getting serious, with Adele having to deny reports that Simon had proposed to her on her 24th birthday on May 5th through her Twitter. However, whilst marriage was not on the cards, the two were clearly planning for a future together given the quick pregnancy. The singer has also spoke of her desire to keep away from music for an unspecified time so that she can concentrate on her personal life. Now that she’s a mum, we’re guessing that she will be taking a little longer to get back in the game.