Glastonbury Festival 'Honoured' To Have Adele Among This Year's Headliners

Adele will headline Saturday night on the Pyramid Stage at this year’s festival.

Glastonbury organiser Emily Eavis has said it’s a ‘great honour’ to have Adele headline this year’s festival. On Friday night Adele broke the news that she was the final headliner for Glastonbury 2016, while on stage at London’s O2 Arena. It will be the first Glastonbury appearance for Adele, who will headline on the Saturday evening. 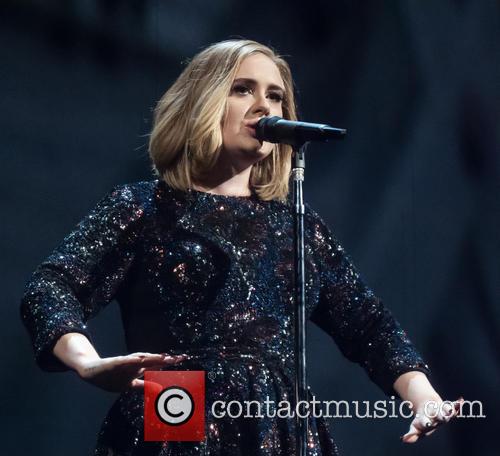 Adele will headline the Saturday night of this year’s Glastonbury.

On twitter Eavis wrote: “What a great honour it is to have the wonderful Adele confirmed for this year's Saturday night headline spot on the Pyramid Stage!” Earlier this year, in an interview with I-D magazine, Eavis had said Adele would be a ‘great fit’ for the festival.

“We love Adele. She's an incredible artist and brilliantly honest and funny and real and that's what everybody loves about her,” Eavis said. “She's a great example because she doesn't put up any pretence."

"There's a certain pressure on women to perform in a certain way or be giving off this kind of image, while Adele is just honest and true and funny and just about as popular as you can get.”

During her sold-out show at London’s O2 arena on Friday night Adele told the crowd: “Who's going to Glastonbury this year? See you there. I'll be there. I'll be headlining on the Saturday night this year.”

More: Adele Pays Emotional Tribute To Son Angelo, Who Was Watching Her Perform For The First Time

The singer also revealed that she almost played the festival last year, but had to back out when she realised her record wouldn't be completed in time. "I wanted to do it last year but my record wasn't ready,” Adele said.

“And to the people who say I am too boring to headline, you're more f**king boring for moaning about me headlining.” The festival later confirmed Adele’s announcement on their official twitter account writing: "As Adele just announced live on stage in London, she will headline Saturday night at this year's Glastonbury Festival!”