One fan was taken to hospital as a precaution after a section of the lighting rig at the SSE Hydro Arena fell into the audience.

A fan attending Adele’s gig in Glasgow on Friday night was taken to hospital after being injured from a falling chain, which reportedly became detached from the overhead lighting rig at the venue.

Adele played the city’s SSE Hydro Arena last night (March 25th), and is due to play another at the 13,000 capacity venue on Saturday evening. During the gig, a chain believed to be part of the concert's production fell into the audience and hit at least one spectator. The lights reportedly came up and sections of the crowd underneath it were moved as paramedics attending to the injured fan, though the singer herself was unaware of the incident. 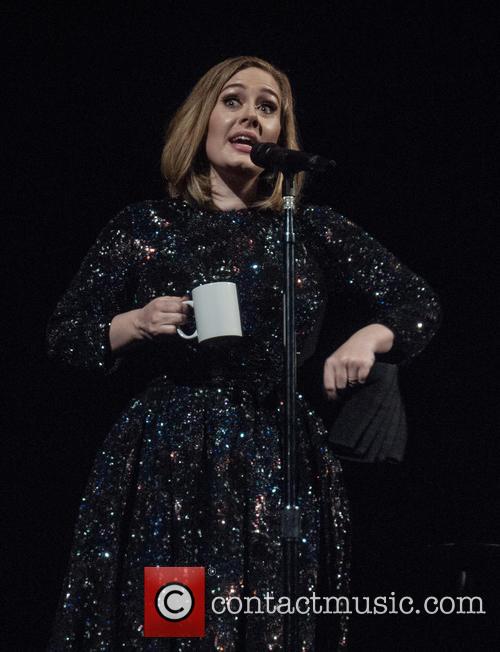 Adele performing in Belfast during her 2016 tour

Adele herself tweeted an apology later on that night: “I'm so sorry to hear that someone got hurt at my show tonight. It's being investigated to ensure it won't happen again. X.”

A spokesperson for the venue told the Daily Record on Saturday morning: “A chain belonging to the production came down and hit one person who was taken to hospital as a precaution. We are liaising with the production crew to ascertain what happened. This is all we know at this stage.”

Meanwhile, reports have emerged of Adele launching a frank and foul-mouthed tirade in response to Jamie Oliver’s recent comments about breastfeeding, during her final night at the London O2 Arena during the week.

Clearer pic of rigging that appears to have dropped during @Adele concert @TheSSEHydro pic.twitter.com/1JACiiZ8Bt

“You know what, the pressure on us is f**king ridiculous,” she told the crowd in the middle of an impromptu Q&A session. “No worse people who put pressure on. You can go f**” yourselves, alright? Because it's hard. Some of us can't do it! Some of my mates got post-natal depression from the way those midwives were talking. Idiots.”