Did Adele Get Married To Simon Konecki Over Christmas?

Adele was spotted wearing what appeared to be a gold wedding ring.

Adele has sparked rumours that she has secretly married her long-term partner Simon Konecki, after she was spotted out and about in Beverly Hills with what appeared to be a gold band on her ring finger.

The 28 year old British singer was reported to have gotten engaged to Simon just two months ago, but was seen trying to keep a low profile while out shopping for health food in the exclusive neighbourhood of Los Angeles on Wednesday (December 28th). Sharp-eyed fans took to debate to on social media speculating whether there was a gold wedding ring on her finger. 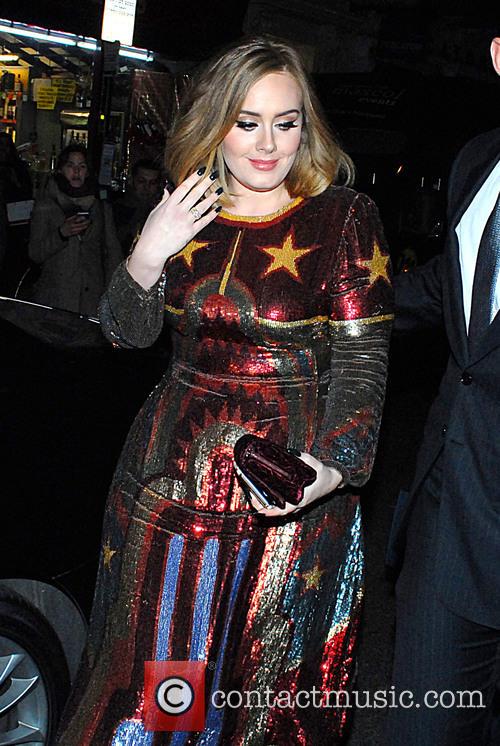 Adele photographed at an awards ceremony in 2016

She and Simon, her partner of five years and the father of their four year old son Angelo, recently moved into a $6 million mansion in Beverly Hills, with Adele winding up her lengthy world tour about six weeks ago.

However, they are believed to have opted for a festive wedding so Simon’s nine year old daughter, whom he has from a previous relationship, could attend the ceremony.

“The plan is to marry in L.A.. The wedding will be in one of the school holidays so Simon’s daughter can attend. It’s looking like it will be Christmas, but they want to keep details under wraps,” an insider told The Sun in November.

“Adele is not even wearing her engagement ring. They’re a private couple and only want their nearest and dearest there,” the source continued.

Adele has sold over 17.4 million copies of her latest album 25, which was released in late November last year and has become the biggest selling album around the world. She’s been nominated for a total of eight Grammy Awards in February, and is scheduled to perform a brace of enormous gigs at London’s Wembley Stadium on June 29th and July 1st next summer.