With sales revenue of $685,000 per show it's not only Adele's fans that are devastated that they're no longer going ahead

Adele was an emotional wreck when she recently announced the cancellation of her Las Vegas residency at Caesars Palace just hours before it was due to begin. The three month long stint at the world famous Caesars Palace would have been one of the biggest shows to take place there in recent years. Adele, still dominating the charts with her fourth album - 30, was clearly distraught when she told fans that the shows would not go ahead as planned because her 'Weekends With...' event simply, "just wasn't ready". 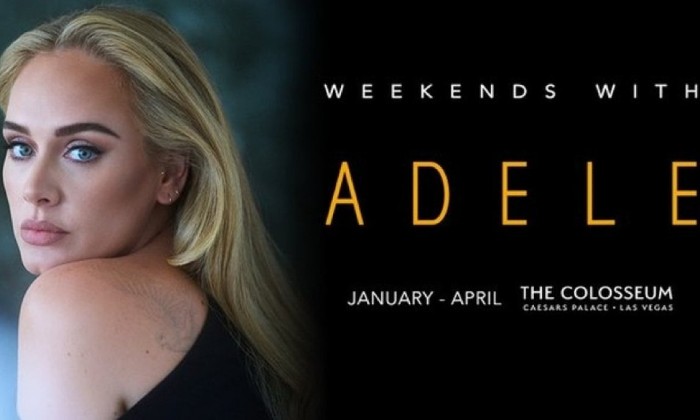 Taking the Rolling In The Deep singers's place at very short notice will be Country star Keith Urban. Following Urban on stage will be former Police frontman Sting and then aging rocker Rod Stewart leaving some to speculate that Adele has missed her opportunity. The stage set for Weekends With... has already been taken down and dismantled and although there is speculation that the event is merely postponed there is also just as much speculation that Adele will never return.

The reason why it's such a big deal for all concerned is because it's such a big deal. It was a big deal that Caesars were able to secure the Easy On Me star in the first place. It was a big deal because of the numbers involved and because of the opportunity that has been missed. Las Vegas has long since had a reputation for casino residencies. Liberace paved the way in the 1940's, Frank Sinatra and The Rat Pack re-booted them in the 50's and Elvis famously captured the hearts of millions at The Hilton Las Vegas from 1969-1976. In 2022 residencies are probably more important than ever to the bricks and mortar casinos as they try and tempt customers away from top online casinos with a usp that they can't offer.

Celine Dion is credited with resurrecting the entire idea and ethos of the residency and has since been crowned Queen of Las Vegas. When Dion came to Nevada in 2003 with her A New Day show she would change the face of the strip residency almost over night. Up until that point Vegas had become somewhat synonymous with aging artists who were on the decline but who were fondly remembered and could still sell seats. It was an easy option. Let the fans come to you, take the hard work out of touring, see out your career with a bang.

When Celine arrived she re-invented the whole concept. She made it fresh and she made it very, very appealing to the punters. A New Day, which ran from 2003-2007, saw Celine perform 714 times and generate sales of $385 million, more than half a million per show. To date this is the highest grossing residency of any artist. When she returned for a second series in 2011 she created the second most successful run when she played 427 times and took in receipts of $296 million.

Adele's shows were set to rake in $685,000 per show, before merchandise sales, with ticket prices ranging from $85 to $12,000 so it's no wonder that Adele was "so sorry". In a statement she told her fans, many of whom had already travelled that, "We’ve been absolutely destroyed by delivery delays and Covid. We’ve been awake for over 30 hours now trying to figure it out and we’ve run out of time. I’m so upset and I’m really embarrassed and I’m so sorry to everyone that’s travelled". Whilst Adele may have been genuinely gutted for her fans, cynically you can't help but think she'll also be thinking that her bank balance is not going to be quite as healthy as she may have imagined.

At $685,000 per show Adele's Weekend's With would have put her in the same league as Celine and Elton John. Elton has enjoyed two residencies at The Colosseum at Caesars Palace, performing 397 shows in total for his Red Piano and Million Dollar Piano events. Sir Elton grossed a whopping $300 million at an average of $685,000 per show. Not a bad return for a few hours work each night.

It remains to be seen if Adele will return to Las Vegas and join the elite bunch of artists, including Britney Spears, Drake, Bruce Springsteen, Cardi B and Calvin Harris that have helped rejuvenate the casino residency in recent years.