The Brit Awards are here again, but can this year's show provide us with any more memorable moments?

The Brit Awards are known for being one of the most unruly awards ceremonies and hopefully this year will be no exception. With that in mind, from Adele to Michael Jackson,  here's ten of the most memorable Brit Award's moments from past ceremonies. 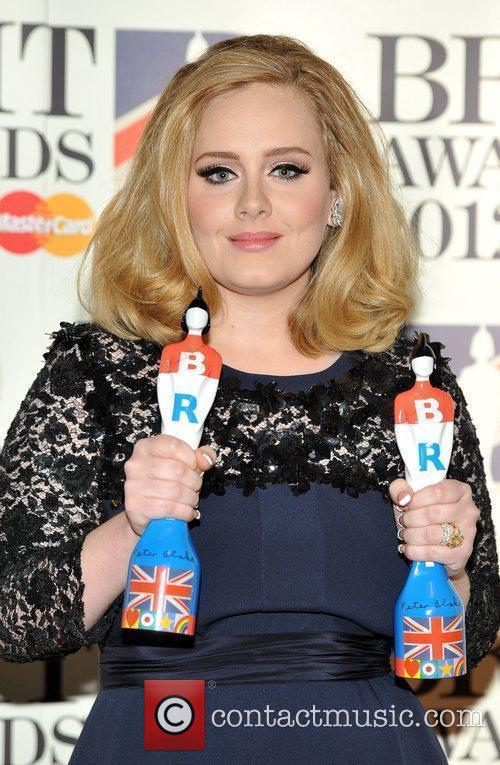 Adele with her two Brit Awards in 2012

British singer Adele was riding high in 2012 with her second album ’21’. However when accepting her award for Best Album her speech was cut short. The singer responded by ‘flipping the middle finger’ to the show's bosses. The speech was cut to make way for ‘Outstanding Contribution’ award winner’s Blur’s performance. Earlier the band had made their own contribution to Adele being cut off by delivering the longest speech of the night.

When Michael Jackson took to the stage at the 1996 ceremony not everybody was happy with his performance of ‘Earth Song’. One person who decided to show us all exactly how he felt was Pulp font man Jarvis Cocker, who made a very cheeky protest by jumping on stage and showing his bum!

3. Bjork is a grapefruit

Icelandic singer Bjork has always been known for being a bit unconventional to say the least and her 1998 acceptance speech didn't change her reputation. Running onstage to collect her Best International female award the singer held the award of her and simply told audiences, "I am grateful grapefruit" which certainly made a change from the usual overblown thank yous.

In 1997 The Spice Girls were on top of the world as the leaders of girl power and at the Brit Awards ceremony they showed us exactly why. Taking to the stage each in their own unique outfit, Geri Halliwell stole the show with her home made Union Jack dress, the iconic outfit would go on to sell for £41,320 at auction.

You may remember this nineties band for their hit ‘Tubthumping’, or you may recall that at the 1998 awards they showed Labour politician Prescott exactly how they felt about his attendance. The band threw a bucket of iced water over the unsuspecting politician in an attempt to bring a little rock and roll anarchy to the awards ceremony.

6. Brandon Block gets too drunk

Who remembers who Brandon Block? Well if you don’t, he’s the DJ who got very, very drunk at the 2000 ceremony. In fact he was so drunk that his friends convinced him he’d won an award and he went up on stage to collect the fictitious gong. Instead he found an unimpressed Ronnie Wood who ended up throwing a drink on the inebriated DJ.

7. Lady Gaga and the porcelain bikini

Never one to turn down an opportunity for a silly costume, Lady Gaga appeared at the 2009 awards in what can only be described as a porcelain bikini paired with a matching hat. Maybe it was because she was in England the home of tea lovers, but there’s really no excuse for looking like your granny’s finest china.

Oasis frontman Liam Gallagher had had a few choice words to say about Robbie in the press before the 2000 ceremony. Robbie took the opportunity when on the Brits stage to outright challenge Liam to a fight, saying, ‘so, anybody like to see me fight Liam? Would you pay to come and see it? Liam, a hundred grand of your money and a hundred grand of my money. We'll get in a ring and we'll have a fight and you can all watch it on TV’. Unsurprisingly the fight never happened.

Robbie, however wasn't the first person to challenge Oasis from the Brits podium. Spice Girl Melanie C beat him to it when three years earlier she told Liam to ‘Come and have a go if you think you're hard enough!’ when accepting their Best Video award. More unsurprisingly this fight never happened .

When British singer Joss Stone made her comeback in 2007 by presenting the best male solo artist award, viewers were a little confused by her accent. The singer also opted to walk around the stage delivering a bizarre speech about Robbie Williams and the host Russell Brand. Luckily by the time the cameras had got back to her she’d managed to find her place behind the podium and present the award to James Morrison.

Will the Brit Awards 2014 be adding to the list? Find out when the show is broadcast live from London's O2 Arena on Wednesday (February 19, 2014). James Corden will host the show for the final time.