Adele Named Songwriter Of The Year At The Ivor Novello Awards

The star, currently on the 'Adele Live 2016' tour in Europe, accepted the prize via video message.

Adele has been named as Songwriter of the Year at the 2016 Ivor Novello Awards, which recognise achievements of quality in songwriting, having been overlooked in all the other categories.

The 27 year old British star was not present at the ceremony in London on Thursday (May 19th), having performed in Zurich, Switzerland the previous evening on her current European tour. However, she sent a video message in which she said she was “very grateful” for the honour. 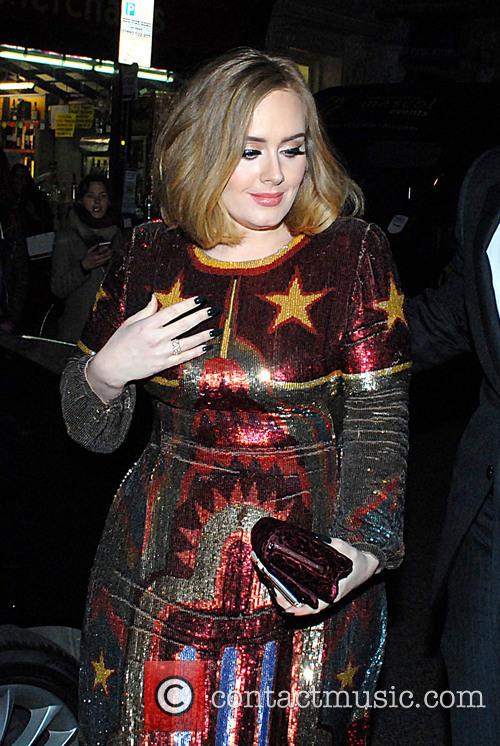 “I won it on my last album as well… but I was secretly pregnant, so I didn't enjoy the night too well,” she added. “To win it this time is truly, truly humbling.”

It had been assumed that the Ivor Novellos, consisting of a panel made up of fellow songwriters, were going to pass over Adele, since she was not nominated in either the song or album categories.

More: Adele’s new video for ‘Send My Love (To Your New Lover)’ to premiere at Billboard Music Awards

The award for Best Song, in terms of music and lyrics, went to Jamie Lawson’s ‘Wasn’t Expecting That’, which edged out songs by his mentor Ed Sheeran and Wolf Alice.

The Ivor Novellos, now in its 61st year, also presented a Lifetime Achievement Award to Damon Albarn, which was presented to him by his Blur bandmate Graham Coxon, who said that his body of work spanning indie, rap, world music and opera constitutes “two lifetimes of work… so far”.